For this observance, we will present murdered victims from 1981 to 1990:

936. Adam John Walsh (November 14, 1974 – July 27, 1981) was an American boy who was abducted from a Sears department store at the Hollywood Mall in Hollywood, Florida, on July 27, 1981, and later found murdered and decapitated. Walsh's death earned national publicity. His story was made into the 1983 television film Adam, seen by 38 million people in its original airing. Walsh's father, John Walsh, became an advocate for victims of violent crimes and the host of the television program America's Most Wanted.
Convicted serial killer Ottis Toole confessed to the boy's murder but was never convicted for this specific crime due to loss of evidence and a recanted confession. Toole died of liver failure on September 15, 1996. Although no new evidence has come forth, on December 16, 2008, police announced that the Walsh case was now closed as they were satisfied that Toole was the murderer.

937. Daniel J. Faulkner (December 21, 1955 – December 9, 1981): Faulkner was the youngest of seven children in an Irish Catholic family from Southwest Philadelphia. Faulkner's father, who drove a trolley car, died of a heart attack when Faulkner was five. Faulkner's mother went to work and relied on her older children to help raise him. Faulkner dropped out of high school, but earned his diploma and an associate's degree in criminal justice while serving in the United States Army. In 1975, he left the army, worked briefly as a corrections officer, and then joined the Philadelphia Police Department. Aspiring to be a city prosecutor, Faulkner enrolled in college to earn his bachelor's degree in criminal justice. He married in 1979.
938. The Jeanine Nicarico murder case was a complex and influential homicide investigation and prosecution which took place in DuPage County, Illinois that sent two men to prison who were later exonerated and released, and contributed to the death penalty moratorium imposed by then-Governor George H. Ryan.
In July 2009, Brian Dugan pleaded guilty to the murder of Nicarico after having previously confessed to the crime. Dugan is jailed on two unrelated murder charges, one of a 27-year old woman and one which began with the abduction of two seven-year old girls, one of whom escaped and the other of whom was raped and murdered by Dugan. On November 11, 2009, after deliberating about 10 hours over two days, a DuPage County jury sentenced Brian Dugan to death for the rape and murder of Jeanine Nicarico 26 years earlier. 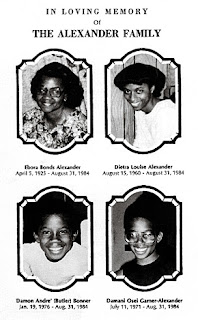 943-946. Kermit Alexander’s mother, sister and two nephews, ages 8 and 13, were murdered in South Central Los Angeles during a home invasion by members of the Rollin 60’s Neighborhood Crips, whose intended victims lived two doors away.

948. Anita Lorraine Cobby (2 November 1959 – 2 February 1986) was an Australian registered nurse and beauty pageant winner. At 26 years old, she was abducted from Blacktown, and raped and murdered at nearby Prospect, on the evening of 2 February 1986. Five men, including three brothers, were convicted of her murder and sentenced to life imprisonment, never to be released.

949. On this date, July 20, 1987, 16-year-old Kevin Swaney and his friend, Carlos Froyan Cruz-Ramos were murdered by Daniel Wayne Cook in Lake Havasu City, Arizona. Justice came 25 years later, when Daniel Cook was put to death by lethal injection in Arizona on August 8, 2012.

951. Sian Kingi (16 December 1974 – 27 November 1987) was a 12-year-old New Zealand girl of Māori descent who was abducted, raped and killed in Noosa, Queensland, in 1987. Barrie Watts and Valmae Beck, a married couple, were convicted in 1988 of the much-publicised crime and were each sentenced to life imprisonment.

952. The murder of Janine Balding was the killing of a woman in New South Wales, Australia by multiple perpetrators. 20-year-old Janine Balding was raped and murdered by a gang of five youths on 8 September 1988. Balding's murder is often compared to the 1986 murder of Sydney nurse Anita Cobby. 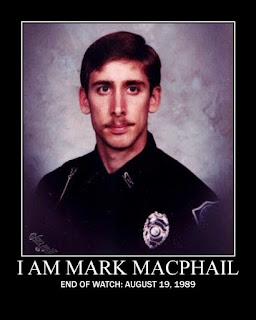