On this date, 12 March 2000, Chester Allen Poage, was murdered by three men in South Dakota. One of the killers, Elijah Page, volunteered to be executed and he was put to death by lethal injection in that State on 11 July 2007. Accomplice Briley Piper, age 19, also pled guilty and was sentenced to death. Accomplice Darrell Hoadley, age 20, is serving a sentence of life without parole.

In loving memory of Chester Allen Poage, I will post quotes from his mother whom justice was served well for her.

QUOTE 1: The victim's mother, Dottie Poage, also witnessed the execution. She described her son as someone who wanted friends, and made a bad choice in befriending Elijah Page.

"He stepped out of those boundaries, and considered someone a friend who took his life and he paid the ultimate price," said Poage. "Elijah Page had the ultimate penalty for his ultimate crime. And for that I am proud of the state, the attorney general, the governor, everyone at the penitentiary for a job well done. I am proud to be an American."

QUOTE 2: Dottie Poage of Rapid City, whose son, Chester, was murdered in March 2000 after being beaten and tortured by three men in Higgins Gulch west of Spearfish, answered that this way: "Can you put a price on your child's life?"

"Can you put a price on your own life?" Poage said, with emphasis. "To me, it's worth every damn cent."

QUOTE 3: In her own way, Dottie Poage said she "respects" one of the men who tortured and killed her son in a Spearfish canyon 11 years ago.

It's an appreciation engendered by Elijah Page's decision to halt his appeals and accept in July 2007 the lethal cocktail that legally ended his life.

"I found out that Page, who didn't tell me but told someone else, was truly sorry for what he did," Poage, 56, said from her Rapid City home.

"He said he can't take it back, but that he took full responsibility for what he did. To him, being executed meant accepting his punishment and following through with it so he could come to grips with himself for committing the crime. And I do respect that." 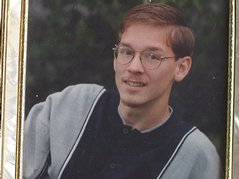 QUOTE 4: Monday (15 October 2012) night's execution of Eric Robert was the first since Elijah Page was put to death by lethal injection in July 2007. Page was sentenced for his role in the brutal killing of Chester Allan Poage.

"You know, my son's life was cut way too short.  He was never able to marry and have children, to give me grandchildren.  That's something that I can only vision in my mind.  What if?" Dottie Poage said.

It's that question that lies at the heart of the pain and loss still felt by Dottie Poage.

In 2007, Poage witnessed the execution of Elijah Page, one of two men sentenced to die for the brutal 2000 murder of her 19-year-old son.

"It does bring somewhat of closure, some sort of calm, but it still does not bring your loved one back," Poage said.

QUOTE 5: Poage says that her heart goes out to Lynette Johnson, the wife of murdered Correctional Officer Ron 'R.J.' Johnson.

"I can very much identify with her as she probably can with me, knowing that one step has been done and it prepares you for the second step and the final time," Poage said.

Just as Rodney Berget is still awaiting his execution in the murder of officer Johnson, Briley Piper is also on death row for his role in the killing of Poage's son.

QUOTE 6: But more than 12 years after the murder of her son, Poage says she still has faith in the system and the death penalty.

"It does not bring your loved one back but it helps to strengthen why we have this system to help us, to help make us a little bit stronger, to give us a little more hope for other people," Poage said.

Briley Piper is in the process of appealing his death sentence.  However, Poage says she's confident that the sentence will ultimately be carried out and plans on being there to witness the execution.


AUTHOR: Dottie Poage is the mother of Chester Allen Poage, who was murdered by Elijah Page and two men on 12 March 2000. Elijah Page was executed in South Dakota on 11 July 2007.