To denounce Helen Prejean’s book, ‘Dead Man Walking’, we the comrades of Unit 1012: The VFFDP, recommend people who want to know the truth to read this book, ‘Dead Family Walking: The Bourque Family Story of Dead Man Walking’. We will post information about this book from several sources. 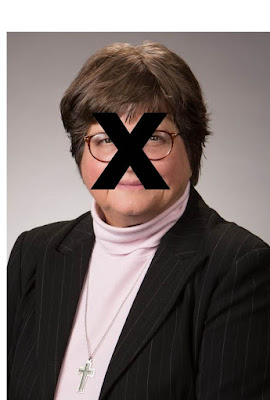 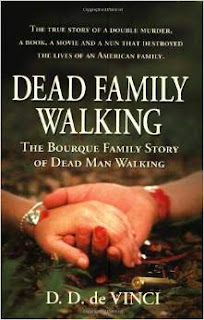 WILL END OF DEATH PENALTY BRING CAMPAIGN AGAINST LIFE IMPRISONMENT?

If California voters abolish the death penalty this fall, its foes will go after life imprisonment next, proponents of a measure to speed up the capital punishment process warned Wednesday.

“Once all those attorneys who have been trying to prevent the death penalty from being enforced have nothing better to do, they’re going to turn to life without parole,” Dane Gillette, former chief assistant attorney general of California, told The Sacramento Bee Editorial Board on Tuesday. It’s “the next step to get rid of what they consider to be too much incarceration.”

Voters face two contrasting death penalty initiatives this November: Proposition 62, which would replace it with life without parole, and Proposition 66, which aims to expedite the appeals process by expanding the pool of lawyers eligible to take on capital cases and instituting shorter timelines for legal challenges.

Gillette said Proposition 62 supporters overstate the promised savings on litigation and incarceration, because inmates will simply bring the same sort of petitions against their life sentences that they currently bring against their death sentences – a phenomenon that he said can be seen in states where there is no longer capital punishment.

Kent Scheidegger, legal director of the Criminal Justice Legal Foundation, pointed out that California has already reversed course on life imprisonment for minors. After the U.S. Supreme Court in 2012 limited the use of life terms for murderers under the age of 18, California passed a law allowing those in its prisons to be resentenced.

“If the death penalty is abolished on Tuesday, the drive to abolish life without parole begins on Wednesday,” Scheidegger said.

If the death penalty is abolished on Tuesday, the drive to abolish life without parole begins on Wednesday.
Kent Scheidegger, legal director of the Criminal Justice Legal Foundation


Ana Zamora, who is managing the campaign against expediting the appeals process, said that is “patently false,” and noted the death penalty should be banned for a variety of ethical, legal and fiscal reasons.

Proposition 66, on the other hand, could allow executions to resume again after more than a decade of hiatus by ending the administrative review that has held up a new lethal injection protocol since it was unveiled by the state last year. It would also give corrections officials flexibility on where to house death row inmates so that those deemed less dangerous are not kept in the maximum-security San Quentin facility that critics argue has made the death penalty too expensive to continue.

But Sacramento County District Attorney Anne Marie Schubert said voters should ultimately not focus on the death penalty as an issue of cost.

“Are we not willing to pay as a society the cost of making sure, one, that the system has the integrity we expect, and that ultimately the sentence is recommended by a jury is carried out?” she said. “That’s the reality of the system: It costs money.”

The proponents also rejected criticisms that capital punishment is not dispensed equitably. A recent Sacramento Bee analysis found the death penalty is imposed in a declining number of counties in California, with the vast majority of new sentences coming from just five in Southern California.

“For the local community to have a voice and to have an influence over how criminal justice is administered in their local area is not a defect,” Scheidegger said. “It is local democracy...working as designed.”

VICTIM’S FAMILY ON EVE OF EXECUTION: FOCUS ON DOUG, NOT KELLY

ATLANTA -- Kelly Gissendaner, Georgia's only woman on death row, is set to be executed Tuesday night. As her attorneys continue to appeal the execution, the victim's family wants to make sure people don't forget about the crime that is sending her there.

Gissendaner was sentenced to death in 1998 after being convicted of recruiting her boyfriend to kill her husband, Doug. "He was a friendly, trusting, good-hearted soul with a smile that will never be forgotten.  He was undisputedly a family man, a great friend and an even greater father who loved and sacrificed everything for the sake of his daughter and two stepsons," a family spokesperson said. “As the murderer, she's been given more rights and opportunity over the last 18 years than she ever afforded to Doug who, again, is the victim here.  She had no mercy, gave him no rights, no choices, nor the opportunity to live his life.  His life was not hers to take."

Kelly planned and executed Doug's murder.  She targeted him and his death was intentional.  Kelly chose to have her day in court and after hearing the facts of this case, a jury of her peers sentenced her to death.  In the last 18 years, our mission has been to seek justice for Doug's murder and to keep his memory alive. We have faith in our legal system and do believe that Kelly has been afforded every right that our legal system affords.  As the murderer, she's been given more rights and opportunity over the last 18 years than she ever afforded to Doug who, again, is the victim here.  She had no mercy, gave him no rights, no choices, nor the opportunity to live his life.  His life was not hers to take.

But we want to take this opportunity to ask you to focus on Doug, not Kelly.  For those of you who did not have the pleasure of knowing Doug, he was a truly wonderful person, the kind of selfless person who always thought of others instead of himself.  His last act on earth was helping his friends.  He was a friendly, trusting, good-hearted soul with a smile that will never be forgotten.  He was undisputedly a family man, a great friend and an even greater father who loved and sacrificed everything for the sake of his daughter and two stepsons.  For those of us that loved him, we will always feel great sorrow and indescribable pain at how he was so brutally taken from us, but also take comfort in knowing that he's in heaven waiting for each and every one of us to rejoin him someday.

We would like to thank our family, friends and other supporters for your continued prayers and words of comfort and support.  We have been following online comments very closely and while we prefer to keep our privacy, know that we are truly thankful for your kind comments.

To all who read this---we ask you to remember Doug and honor his memory by telling the ones you love how much you love them. He would love that. We pray that his memory will bring a smile to the faces of all that knew him and even those who didn't.