On this date, April 10, 2010, Lech Aleksander Kaczyński, the former President of Poland died in a plane crash. Unit 1012 respects and honors him for his Pro-Death Penalty, Pro-life and Anti-European Union stance. We will post his Pro Death Penalty Quote. 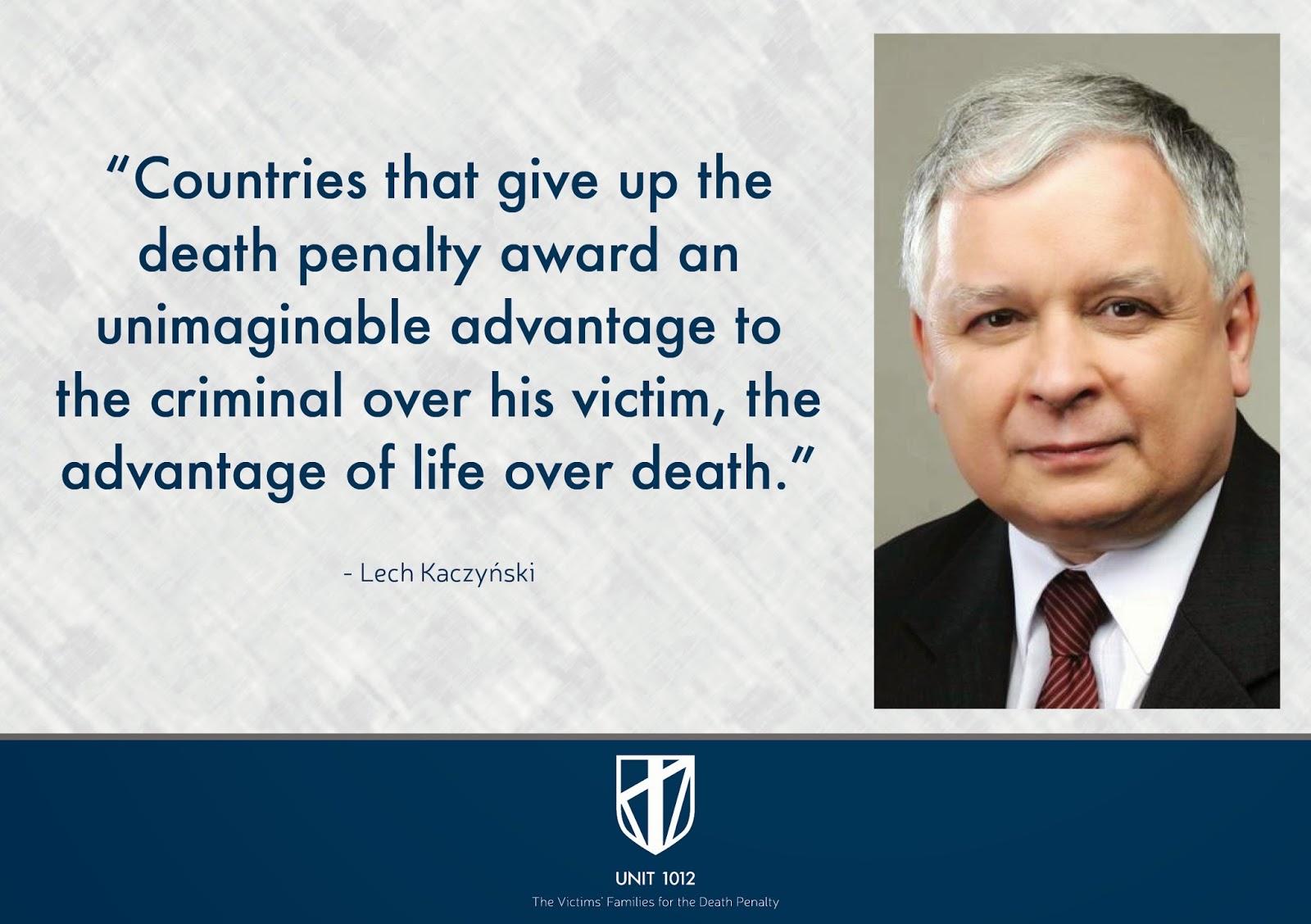 QUOTE: “Countries that give up this penalty award an unimaginable advantage to the criminal over his victim, the advantage of life over death.” [Mr. Kaczynski said in July 2006. His coalition partner, the far-right League of Polish Families, wants to change the country’s penal code so that pedophiles convicted of murder will face execution.]

AUTHOR: Lech Aleksander Kaczyński (Polish pronunciation: [ˈlɛx alɛkˈsandɛr kaˈt͡ʂɨȷ̃skʲi]; 18 June 1949 – 10 April 2010) was a Polish lawyer and politician who served as the President of Poland from 2005 until 2010 and as Mayor of Warsaw from 2002 until 22 December 2005. Before he became a president, he was also a member of the Law and Justice party. He was the identical twin brother of the former Prime Minister of Poland and current Chairman of the Law and Justice party, Jarosław Kaczyński. On 10 April 2010, he died in the crash of a Polish Air Force Tu-154 while attempting to land at Smolensk-North airport in Russia.

APPLICATION: The late Polish Prime Minister can debunk what Desmond Tutu said, “To take a life when a life is lost is revenge not justice.”

When a country abolishes the death penalty, murderers have advantage of life over death on their victims. In this sense, it is a mockery of justice. Immanuel Kant will agree to that.
Posted by SAINT MICHAEL 2012 at 9:42 PM