On this date, 2 February 1986, an Australian registered nurse and beauty pageant winner, Anita Cobby was raped and murdered by five men in Blacktown, Sydney, Australia. I will post information from Wikipedia and some links before giving my comments and condolences.

Anita Lorraine Cobby (2 November 1959 – 2 February 1986) was an Australian registered nurse and beauty pageant winner. At 26 years old, she was abducted from Blacktown, and raped and murdered at nearby Prospect, on the evening of 2 February 1986. Five men, including three brothers, were convicted of her murder and sentenced to life imprisonment, never to be released.

Anita Lorraine Lynch was born on 2 November 1959. She met her future husband, John Cobby, while studying for her nursing degree. They married on 27 March 1982. At the time of her murder, though, the couple had separated and Cobby was living with his parents in Blacktown, New South Wales.

On the day of the murder, Cobby finished work at Sydney Hospital at 3pm and met friends for dinner in Redfern, Sydney. She then caught a train from Central Station to Blacktown Station. Aside from her killers, only two witnesses saw her after she left the train - a young brother and sister who witnessed the abduction taking place. On arriving home they told their older brother who unsuccessfully attempted to chase after the car.

Cobby was walking alone along Newton Road, Blacktown around 10pm, when the gang of five men drove up alongside her and stopped their stolen Holden Kingswood. Two men leaped from the car, dragging her kicking and screaming into the car. She was ordered to strip off her clothes but refused, begging her attackers to let her go, saying she was married and that she was menstruating. Her attackers continued to punch Cobby repeatedly, then drove to a service station to purchase fuel using money stolen from Anita's purse. She was then driven to a secluded paddock, while being held down in the car and raped and beaten by her five attackers. Then they proceeded to slit her throat, and she was conscious until 3 minutes later when she bled to death. Cobby was reported missing by her family on 3 February. Her body was found in a farmer's field on 4 February. 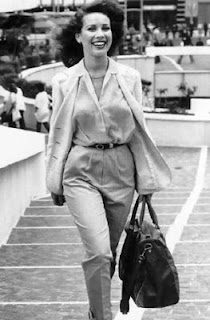 Hunt for the killers

On 6 February, the NSW State Government posted a $50,000 reward for information leading to the capture of her killers. On 9 February, police re-enacted Cobby's movements on the night of her disappearance in the hope of jogging the memories of travellers or others who might have witnessed her movements. Constable Debbie Wallace wore similar clothing to Cobby and travelled the 9:12 p.m. train to Blacktown. Detectives interviewed the passengers and showed them photos of Cobby whilst Constable Wallace walked the length of the train during the journey.

Following a tip-off from a police informant regarding a stolen vehicle, police started searching for John Travers, Michael Murdoch and Les, Michael, and Gary Murphy after they discovered that some of them had a history of violence and Travers had a reputation for carrying a knife. On 21 February, police found and arrested Travers and Murdoch at Travers' uncle's house and Les Murphy at Travers' house. Murdoch and Murphy were charged with offences relating to stolen cars and released on police bail. Travers, who admitted that he had stolen a car, had also made conflicting statements about the murder. He was detained in police custody.

While in custody, John Travers requested that a friend be called so she could bring him cigarettes. The phone number was handed to the investigating police who contacted the friend, a woman. The woman agreed to help with the investigation, met with an officer, and gave him details of Travers' background. The woman, who became known as Miss X, talked to Travers and he confessed the crime to her. Miss X was subsequently sent back in to talk to him with a recording device, with which she was able to obtain a confession.

Eventually, five men were arrested and charged with the murder. Police were praised for their quick response in capturing all suspects involved. In total, 22 days had elapsed from the time of the murder to the time all suspects were taken into custody.

John Raymond Travers, the eldest of eight children, was considered the ring-leader of the gang of attackers.

Michael Murdoch was a childhood friend and criminal associate of Travers. Murdoch had also spent a great part of his childhood in juvenile prisons where he experienced sexual assaults. He was known to have written to politicians during this period of imprisonment seeking protection from such assaults.

Michael, Gary and Les Murphy, brothers from a family of nine children, were also accused of the crime.

The trial began in Sydney on 16 March 1987. Before proceedings began, Travers changed his plea to guilty. Sydney newspaper The Sun published a front page story on the day the trial began, carrying the headline "ANITA MURDER MAN GUILTY" alongside a large image of Travers. A follow-up story in the same paper detailed Michael Murphy's recent escape from Silverwater Correctional Centre, where he was serving a 25-year sentence for a string of burglaries and thefts, and his criminal convictions. The jury was discharged.

The trial for the remaining members of the gang lasted 54 days, with the men's defence relying on convincing the jury of their minimal involvement in the beating and murder. On 10 June 1987, all five men accused of the murder were found guilty of murder. On 16 June 1987, they were sentenced in the Supreme Court of New South Wales to life imprisonment plus additional time, never to be released. Justice Alan Maxwell described the crime as "One of the most horrifying physical and sexual assaults. This was a calculated killing done in cold blood. The Executive should grant the same degree of mercy they bestowed on their victim."

Cobby's parents were the founders of the Victims of Homicide Support Group, a community support group that helps families deal with heinous crimes. They also campaigned in seeking tougher sentencing and truth in sentencing laws which eventuated after Anita Cobby's murder. Cobby's father Garry Lynch died on 14 September 2008, aged 90, suffering from Alzheimer's disease.

A park in Sullivan Street, Blacktown was named Anita Cobby Reserve in memory of Cobby.
The Australian social-realist film The Boys (1998), directed by Rowan Woods, is in part inspired by the Anita Cobby murder. It follows the journey of three brothers leading up to the crime.

MY COMMENTS AND CONDOLENCES:
I am very sorry for the loss of Anita Cobby. I heard that two weeks after the horrific murder, 95% of 16,000 callers wanted the death penalty to be reintroduced in Australia. If the death penalty was around and there was the Joint Enterprise Law, most likely, Anita Cobby would at least be killed my only one person or not murdered at all.

Although the five men will never be released from prison, life imprisonment is still not justice at all. The five men did apply for parole but were denied, I suspect that they do not mind if they are never released, they can have three good meals a day. Tragically, the five men will outlive Anita Cobby and her father who has since died. We can only hope that they will never be released and stay in prison until death.
Posted by SAINT MICHAEL 2012 at 12:10 AM