We, the comrades of Unit 1012: The VFFDP, sent our condolences and utmost empathy and sympathy to the loved ones of Kimberly Autida, a student of the University of Southeastern Philippines. We will not forget her and we thank God justice was served as her suspected killer was shot dead by the police.

Ever since just election season last 2016, current President Rodrigo Duterte has been very open of bringing back the death penalty when he is in power. Now, that he is the country’s most powerful leader, Duterte is processing some things for this to be possible, but not quite there yet.

Sadly enough a very unfortunate incident has recently happened in an island town of Samal in Davao del Norte where a young woman was both been killed and raped on Wednesday, July 19.

According to the Facebook page Davaoeños Duterte Defenders, the victim was identified as Kimberly Boston Autida a student of University of Southeastern Philippines – Davao Campus and was said to have been a candidate for the Mutya ng Samal 2016.

In a report by GMA News, police investigation showed that the suspect executed his evil plan around 11:00 a.m. at noon and the victim’s dead body was found in a muddy carabao pond with both her hands and feet tied.

Fortunately, the authorities were able get hold of the villainous suspect and was identified as 50-year old Ricardo Sale which authorities are holding for interrogation after the cops found his shirt stained with mud.

After seeing this disaster, many netizens are asking the President to bring back the death penalty. They even added that both the Commission on Human Rights (CHR) and Catholic Bishops’ Conference of the Philippines (CBCP) should open their eyes and see what’s really happening.

The victim’s family seeks justice for Kimberly’s death and hopes that the news will reach the president and take action.
INTERNET SOURCE: https://danified.net/justice-kimberly-former-beauty-queen-raped-killed-davao-del-norte/

Cops of killed Elvin Juna, the suspect in the infamous rape-slay case of Samal beauty contestant and Community Development Student Kimberly Autida after the murderer and rapist stole a gun from one of his guards Monday morning.

According to Police Superintendent Noel Asumen, chief of IGACOS Police, they were going to transport Juna to the hospital because of stomachache when suddenly, the suspect freed himself from the handcuffs using a wire.

The suspect didn’t wasted the opportunity and quickly stole a gun from one of the cops who guarded him.

Cops decided to shoot Juna because the suspect endangered the lives of the police officers.
After the incident, the cops rushed the suspect to the hospital, but the doctors failed to revive Juna who sustained a gunshot wound in his head.

Last Thursday, the body of Kimberly Autida was found lifeless at a secluded grassy and muddy portion of Barangay Adecor, Kaputian District, Samal.

According to the investigation, Autida died due to internal bleeding after she was hit hard on her abdomen by the suspect.

Samal Mayor David Uy said that the suspect tried to court Autida, but she rejected him.

The medical report also proved that the beauty contestant was raped by the suspect.

Juna’s jacket was found in the crime scene that led to his arrest.

The suspect, a known drug user in his area and former Oplan Tokhang surrenderee admitted that he raped and killed Kimberly Autida which he claimed as his childhood friend.

Commission on Human Rights is not yet releasing a statement on the action did by the cops against the self-admitted rapist and murderer.
INTERNET SOURCE: http://pinoytrending.altervista.org/suspect-samal-beauty-contestant-rape-slay-case-shot-dead-cops/ 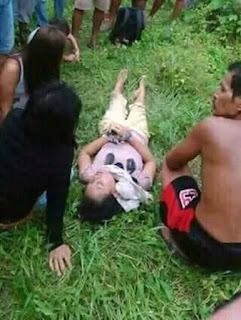 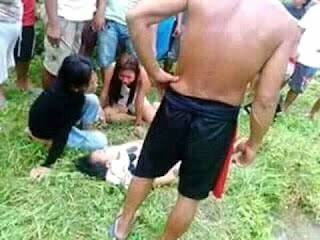 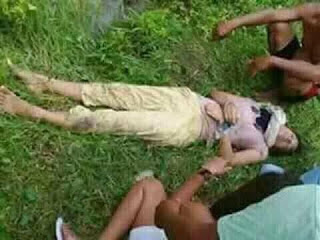